I was emailed this the other day...provided a good laugh, and I'm sure I could add a few of my own! 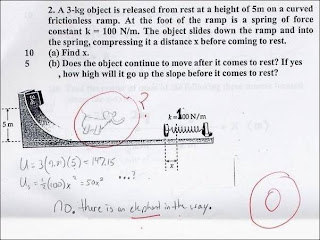 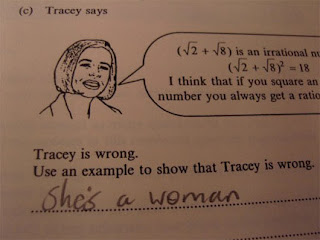 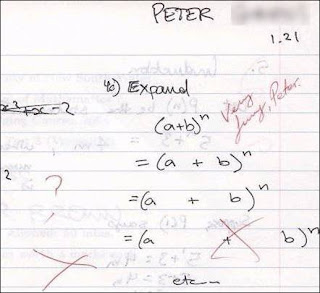 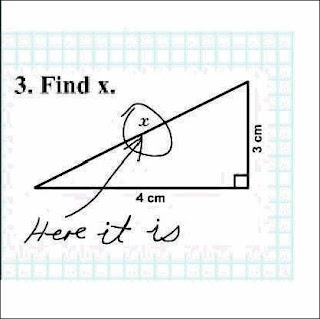 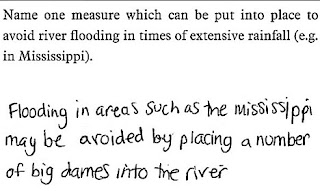 With Italy's excellent theatrical performance last night against NZ it is time to air again this fantastic ad...

Rugby is NZ's national sport so with our team (the All Whites) making the football world cup (the first time in 28 years) its a big thing and brings the game of soccer into the spotlight.
We are one of the biggest underdogs in the tournament, and although not expected to get through to the next round have drawn the two games we have played.  Last night it was against the reigning world champions.  Our boys played with a NZ psyche -- giving it their best shot.  "Possession favoured the Italians 57% versus 43%, Shots on goal 23 vs 3, shots on target 7 vs 1 and corners a staggering 15 to 0. And that is without mentioning that Italy can select from a pool of 3541 professional players which New Zealand can count on 25 who earn their living on a football field."
A great game but marred by the "Hollywood conmen" and the ref's biased whistle blowing.  I don't believe this is sour grapes, I just wished the penalties and free kicks were given both ways and not because a player makes it look worse, or wears the ref down with his arguing.  At the end of the day though I am proud of team & their achievements so far.
Enough about yesterday's game, to the game in general.  According to statistics more children in NZ are now playing soccer as a regualr sport than rugby, although I think a lot then swap to rugby as they get older.  I love soccer as a game, and enjoy playing it. (esp indoor soccer because you don't have to run so far!)  For me the debate is not about which game is best -- that is like comparing apples to oranges.  It is about the spirit of the game and the attitude with which it is played.  While teaching in England we noticed that the general attitude on the football field was prevalent within the school too.  Holding you hands out with the "what about him" look or the ":it wasn't me" or "that's not fair", and general disregard and respect for the person who makes the calls.  You know they wont change their mind, but if you wear them down enough, then the next decision may carry a concession.
Money makes the world go round, and I don't think it is any coincidence that the huge salaries that go with professional football helps to create character or self-discipline in many of the players.  It has become an arrogant and elitist sport that suffers from old-fashioned status class symbols and has failed to keep up the technological advances in sport.
I love sport, and soccer is a great game, but professional football is for spoilt little brats, shame really how they have spoiled the game.  Long live the underdog!

It at long last has started to warm up here...about 25-30 degrees this week, lovely stuff.  It gets even better that yesterday I handed in my last 2 assignments.  I am now completely study free, and have theoretically completed my degree.  Today is my last day of teaching, just 1 more report to write, and then I close the book on that too.
Not quite time to relax though, I have about 3 days to get this house cleaned up & ship-shape with the last few DIY bits n pieces before next week my brother & I head to Poland. We will meet my Mum & Dad there, and stay for 5 days showing them around a bit and getting Mum a visa.  Then they will be coming back here to Ukraine to stay for about 18 days.  Jon (poor boy) still has a few more weeks of school, but things are winding down for him too. 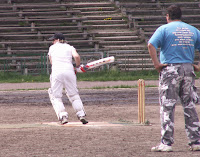 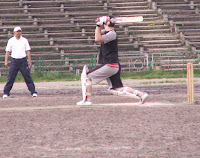 The last week of June we will be playing in a cricket tournament (it would be safe to say I will be the only girl!) so that will be a good start to the summer for Jon.  The British Embassy and others are trying to get Ukraine registered with the ICC (International Cricket something) before 2020, so although we have been playing cricket here in Ukraine for about 2-3 seasons (not regularly) things are just starting to pick up.  This article in the local English paper tells what they are trying to achieve, and mentions our friend and captain, Wayne (whose indoor "stadium" we train in). It will be interesting to see how it develops.

Also to report...we have changed our diet a lot lately, eating a lot of fresh veges and cut down on meat & processed food.  I have been running twice a week, regular with Wii Fit

and playing squash and have now officially lost 5kg.  I am halfway to my goal and feeling better for it.  We have also been watching & reading a lot of stuff lately about food, where it comes from and ethical choices.  It is really eye-opening and something I am becoming more & more passionate about, and have even started a blog dedicated to those issues.  We really enjoyed watching Jamie Oliver's Food Revolution series, (check out his video here) I would love to start something like that...a cafe with cooking classes.   We'll see!

We have been overseas now for 4 years (half of our married lives) - the other 4 years we spent in Tauranga and we were youth pastors there in a church called "Lifezone".
While living here in Ukraine Jon got involved in a band called Kroke.  One of the backing vocalists became a good friend, and also ended up working at the school we taught at.  She was interested in our country and culture, and ended up learning "E te Ariki" a beautiful worship song in Maori.
October 2008 she sang that sung un-accompanied at a conference talent quest.  You could have heard a pin-drop, it sent shivers down my spine to hear her sing.  Her voice was too good to do nothing, so we then started looking into ideas and places that would help further her singing and also set her up with some life skills.
I happened across Excel  School of Performing Arts website not long after that, and to cut a long story short (after documents, visa etc etc.) she was winging her way to Auckland, New Zealand to study for 9 months there in 2009. You can listen to E te Ariki here as it became her audition song.
But that is only half the story...the actual course is 2 years long, with the second year being a performance tour of the whole of NZ, if you got picked to go.  Although she did get chosen, there was only enough funds for the first year, so October last year she was on her way back to Ukraine.
2 weeks into January this year she gets the email of her life saying that they will offer her a scholarship for the next year and can she get there ASAP!  3 trips to Moscow later, and a visa & ticket finds her back in NZ.
Tomorrow night (4th June 2010) she will be in Tauranga performing at Lifezone for the Highlife youth service!!
It is amazing to think that the youth we were are part of will now be blessed by a person we sent to NZ from the country we are living in!   God is good! 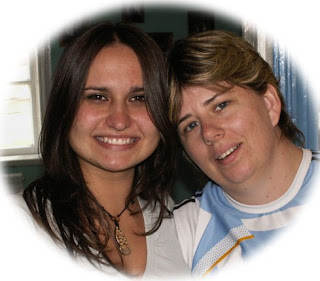