Almost 2 years ago we went to the doctors to begin the process of finding out why we weren't getting pregnant. After some initial tests we were told that Jon was fine, but that my progesterone levels were low & that I was not ovulating.  Because we found this out 2 days before we flew back to Ukraine, it was impossible to complete any follow-up here in NZ.  I was advised before we left that I could take a drug called "clomifene" which would help me ovulate.  I was also alerted to a natural alternative "chaste berry". Considering my options I decided to buy some of the natural pills before we left.
Since then I have taken those tablets, then turned to clomifene, also tried a naturopath, measuring my temperature etc, changing my diet and a myriad of other things, all to no avail really.  The only one I am really thankful for is changing my diet.  I am now back at my ideal weight and feel a whole lot better for it, and  know my body appreciates it too.
We then came back to New Zealand, and have again pursued two different options.  We have pursued the natural path through a clinic in Tauranga.  They too told me that my progesterone levels were very low.  I have been taking stuff from them for the past 6 weeks.  Jon also had a test done there, but based on the fact that we thought it was my side that needed addressing, we decided not to pursue it any further.
Alongside this we have also been having appointments with a fertility specialist.  After the initial visit and some tests we went back to him to be told that my test results are fine, but that Jon's count is low.  Talk about a bit of a bomb!  I was really sure what to think, aside from confusion and frustration, I then found it hard to know what to believe.  We had been living under a whole different perception for the last two years! We then thought to ring the clinic in Tauranga to get Jon's results and they confirmed too that his count was low.  The specialists only suggestion to us was to pursue IVF, which we could get for free,  but on a waiting list of at least a year.
Lots to think about, sift through and pray about.  It gets you thinking though...what was the first doctor doing when he interrupted our test results, and who are you suppose to believe.  How much are doctors driven by pharmaceutical companies??  If I got the same advice from a builder, he would be back to fix his job or refund my money. From now on I will be asking for all of my results on paper and interrupting them myself.  Its a pity we cant just pay for the services we want, and not for the doctor to tell us what we already know or can find out!

One of the newer lifestyle changers that we are wanting to implement is "living off the land" or self-sufficiency. There are many parts to this, and without owning our own property over here, some may be hard to start.  But we can start with food and in regards to eating, our aim is to eliminate as much stuff as possible from our grocery list and only buy bare essentials from the supermarket. Sorry Pak 'n' Save:-(
My grandparents would be proud of us! 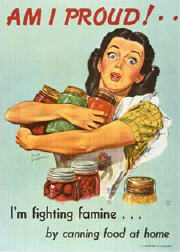 Here is our draft list of what we want to do, or have all ready started to do...
SELF SUFFICIENCY – EATING